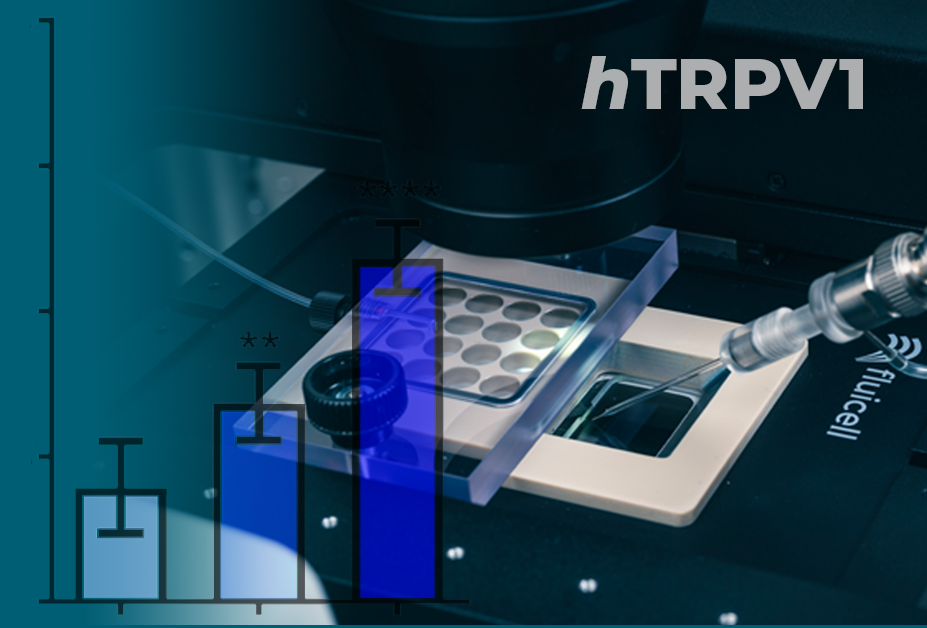 In a research article, published on April 16 in Science Advances, researchers from Oblique Therapeutics AB together with four partners, including Fluicell, present the successful development of antibodies targeting the ion channel hTRPV1. This ion channel, which previously has been considered undruggable, is a very promising target for treating acute and chronic pain.

Today, the standard treatment for severe pain is opioid based, which is tied to many problems, both from a patient perspective and on a societal level. In particular, the high risk of addiction connected to opioid use is a major concern. Because of this, many pharmaceutical companies have made efforts to develop alternative small molecule drugs, so far without success. The researchers at Oblieque Therapeutics have, together with their collaborators, for the first time managed to develop an antibody-based drug candidate targeting hTRPV1. The antibody has been characterized using Fluicell’s single-cell technologies.

In their research, the team of scientists have used Fluicell’s single-cell platform BioPen in combination with an IR laser to conduct heat studies of the protein. Further, they have also used Fluicell’s Dynaflow Resolve system to study the effect of the antibodies on hTRPV1 on a single-cell level.

Antibody therapeutics is a rapidly growing class of drugs that can deliver higher precision with fewer side effects, compared to conventional drugs. The market for antibody-based therapies is expanding and is estimated to reach a value of USD 178 billion in 2026, according to Market Watch. However, there are many limitations to antibody development and there are currently only 60 unique antibody-based drugs on the market. Oblique Therapeutics have discovered a way to develop antibodies capable of addressing diseases that were previously considered undruggable, such as pain and metastatic cancer.

We at Fluicell congratulate the researchers for their important discovery and hope that they will continue to make further breakthroughs using Fluicell’s single-cell technologies.

The article Rational Antibody design for Undruggable Targets using Kinetically Controlled Biomolecular probes is the result of a collaboration between researchers from Oblique Therapeutics, Karolinska Institutet, Irlab, Nanoxis and Fluicell. The full article is available here:

Fluicell enters into the world of regenerative medicine »