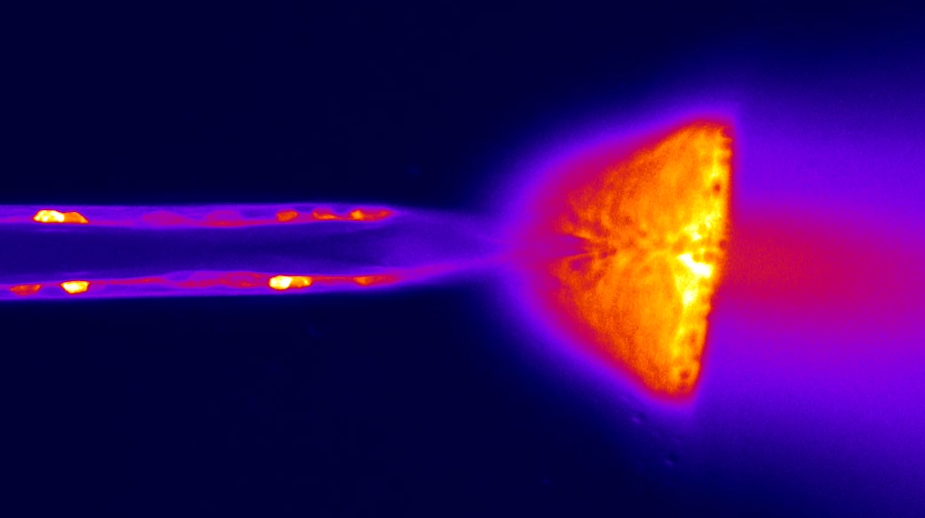 Diseases transmitted by blood-feeding mosquitoes is a serious concern for human health worldwide, responsible for the spread of diseses like malaria or dengue fever, affecting hundreds of millions every year.

In the scientific article Sensory Discrimination of Blood and Floral Nectar by Aedes aegypti Mosquitoes, just published in Neuron, Veronica Jové et al. investigate how female mosquitoes sense blood and how they differentiate between blood and nectar. To initiate blood feeding behavior, female mosquitoes require specific sensory triggers such as carbon dioxide, heat, and blood-specific components. Understanding how mosquitoes recognize blood and what drives the blood-feeding behavior is an important part in finding new ways to prevent the spread of the many different diseases that are carried by the mosquitoes.

The researchers at The Rockefeller University, lead by Prof. Leslie B. Vosshal, have studied this mechanism using both live mosquitoes and by investigating neuronal activation in the mosquito stylet itself. Using BioPen, Vosshall and co-workers were able to expose individual stylets to human blood, revealing activation of sensory neurons upon exposure. The researches also investigated a chemical mixture consisting of ATP, glucose, sodium bicarbonate, and sodium chloride, which together yielded similar response as exposure to blood.

Interestingly, when subjected to individual mixture components, the neurons responded in a manner corresponding to four functionally distinct classes of neurons, each tuned to specific blood components. This allows the mosquitoes to integrate several sensory triggers, requiring activation of multiple stylet neuron subsets to initiate blood-feeding. This combinatorial triggering reveals an important clue into how the mosquitoes are able to distinguish between glucose in blood and in nectar and offers an explanation to why sugars do no promote nectar-feeding in the context of blood feeding.

We are very happy that Vosshall and co-workers have decided to use BioPen in their important work. Understanding how mosquitoes sense blood is an crucial part in finding new ways to prevent transmission of the diseases that they spread. We look forward to seeing what new exciting discoveries that this group of researchers will make in the future.

Check out the webinar that Veronica Jové did with us in June this year where she talks about how she used BioPen to expose mosquito stylets to blood.

Contact Us to learn how you can use BioPen in your research.